Road accidents occur in countless numbers across the earth, every single day. Here in the UK we’re lucky enough to have some of the safest roads in the world, and yet we still had 122,635 accidents in 2018. To save you from counting on your fingers, that works out to about 336 a day, many of them serious enough to cause at least one person to decide – I need to scrap my car.

Sadly, the consequences of these collisions are sometimes far worse than just written-off cars. According to road safety charity Brake, every 20 minutes someone is killed or seriously injured on UK roads alone. Nobody is immune to the danger, no matter their wealth or status, and indeed, over the years there have been one or two car accidents that have claimed the lives of some particularly influential figures – people whose lives and deaths have shaped the cultures, histories or politics of entire nations. Here are just a few.

You may well have heard of James Dean – he was a teen icon, perhaps one of the very first, and a giant of popular culture. He became a critically acclaimed actor at an early age, with a penchant for competing in professional motorsport on the side. In other words, he was the living embodiment of the idea of living fast and dying young – and sadly, that’s exactly what he did. 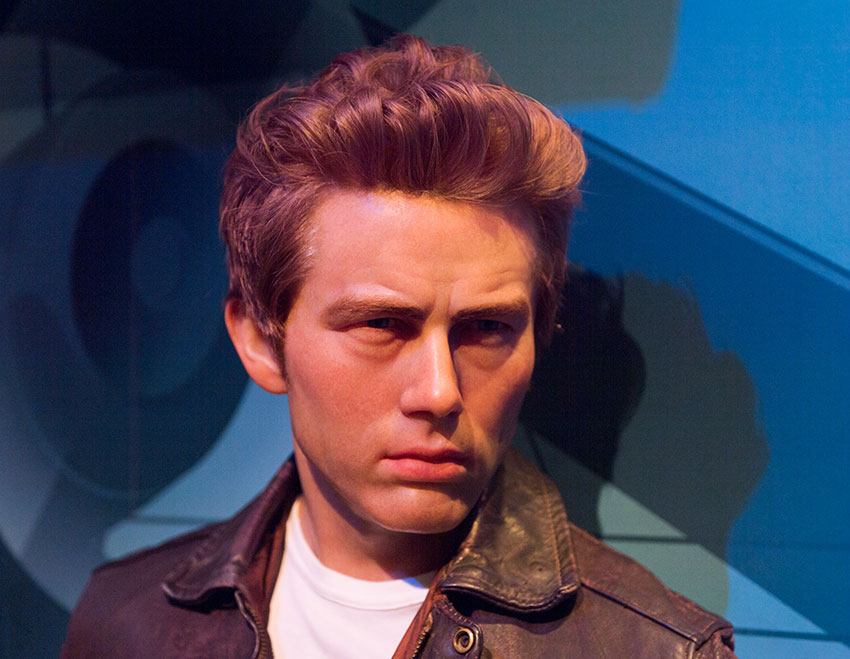 To understand why James Dean became quite the phenomenon that he did, it’s worth remembering that he became famous in 1950s America, an age where strict social norms were still rigidly enforced. Men and women alike were expected dress and behave respectably, according to their roles in society, and family values were highly prized. But America’s younger generations, many of whom grew up in the shadow of the Second World War, were rebelling against these establishment ideals. They wanted to be free. They wanted to be free to do what they wanted to do. And they wanted to get loaded, and they wanted to have a good time.

James Dean was the embodiment of this rebellion, the antithesis of everything the Man expected. He was the ultimate bad boy – smoking, riding motorcycles, and attracting disapproving glares from your mother. He is often described as ‘the first rock star’, and indeed there’s no doubt he was the hero’s hero – his legions of fans included future stars like Elvis Presley, Eddie Cochran and Gene Vincent. Elvis was particularly taken with him, and even modelled his own stage presence on Dean’s sullen, brooding demeanour.

As well as an actor, Dean was also an avid motorsports racer, skilled enough to compete on a professional level at some highly prestigious events. Driving his personal race-car to a weekend of professional racing in Salinas, he died in an almost head-on crash with another motorist on California State Route 46. The collision killed him almost instantly. He was 24 years old.

You don’t need to be a connoisseur of the art world to know the name Jackson Pollock. He was an American artist known for spearheading an entire new art movement called Abstract Expressionism, and pioneering the drip technique, a form of ‘action painting’ in which he used the force of his whole body to paint. His enthusiasm for this practice led to Time magazine nicknaming him Jack the Dripper.

It also meant that his paintings typically looked like explosions, and critics have drawn parallels between these and the way he ‘blew apart’ the traditional notions of what art was, and how it was supposed to look. 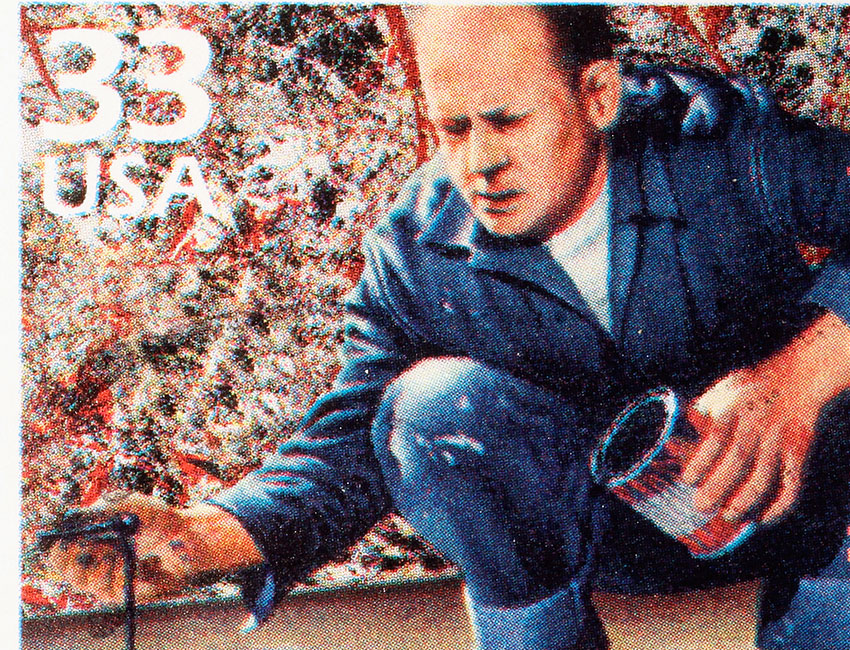 He wasn’t universally acclaimed – many of his works received a polarised reception, ranging from critics who loved the bold, experimental nature of his work, to those who simply couldn’t see how it brought anything meaningful to the observer. His works continue to inspire debate even today.

Somewhat fittingly, Jackson himself was an equally controversial figure. He was notorious for being charismatic but unstable, taking several mistresses and battling alcohol addiction for most of his life. Sadly, he was never able to fully conquer those demons, and alcohol played a large part in his demise. He was driving under the influence on the night of August 11, 1956, when he crashed his Oldsmobile convertible into a tree. He was riding with two passengers, Edith Metzger and Ruth Kligman, the latter of whom was a fellow artist and his mistress. She was the only survivor – Pollock himself died at the scene. He was aged just 44.

Just as James Dean had a transformative effect on American society, so too did Diana on British. It’s tricky to sum up the almost immeasurable effect that her life and death had on the population, attitudes and culture of our nation. An international icon with a lasting legacy, she’s still widely regarded as a national treasure even today, decades after her death.

Diana Spencer spent almost her entire adult life under unprecedented public scrutiny. Right from the off, people were obsessed with her. Her undeniably good looks made her a fashion icon of the 1980s, and her charisma and friendliness – tempered with a somewhat shy demeanour – endeared her almost immediately to the public. Unfortunately, occasionally the interest in her wasn’t quite so innocent; her tumultuous private life made her a favourite target of tabloids and gossip magazines.

As we’re sure you’re probably aware, there’s a sizeable proportion of the British population who aren’t that fond of the monarchy, and that was once as true then as it is now. But there were lots of reasons that the public interest in Diana morphed from obsessive interest in her life to genuine affection. She was well aware of her privilege, and committed to using it for positive change, famously saying that “If I’m going to have cameras pointed at me the whole time, I might as well use all this publicity for good.”

And she meant it, too. Diana proved herself willing to tackle stuff that the Royal Family had traditionally preferred to keep at a distance. She never wore the traditional royal gloves, and made a point of shaking the hand of anyone she met, whether they were a visiting dignitary, a homeless person, or someone living with AIDs. (In fact, she was the first public figure to touch someone with AIDs, actively dispelling the myth that it could be transmitted through touch.)

Today, she’s also remembered for being a hands-on patron of the HALO Trust, which works to remove landmines left behind in war. The image of her in a flak jacket and ballistic helmet, touring an Angolan minefield, helped to cement her global legacy of activism, and indisputably forever changed the way that modern Royal Family members engage in charitable and philanthropic activities.

The events of her death ultimately made just as much of a lasting impact as those of her life – she died in a car crash in a Paris tunnel in 1997, in a limo being pursued by paparazzi on motorcycles. (Their perceived role in her death caused the Press Complaints Commission, a self-regulatory press body in the UK, to change their guidelines for covering celebrities in an effort to avoid such a tragedy from ever occurring again.)

Princess Diana’s death prompted an outpouring of global grief, the likes of which the world has rarely seen before or since. An estimated 2.5 billion people tuned into broadcasts of her funeral – just under a half the global population. Hundreds of thousands of people in Britain lined the streets for her funeral. Across the nation, people mourned her as if she were a personal friend. She was 36 years old.

OK, so we know what you’re thinking. You don’t have to be a history buff to know that Adolf Hitler died in a bunker, not in an automobile. But that’s one of the things that makes this crash so remarkable – not because of who it killed, but because of who it didn’t.

Modern historians generally agree that the Führer was notoriously lucky, having cheated death on at least three separate occasions. He was the target of two separate bombings; the first attempt was in Munich in 1939, the work of a lone carpenter who missed killing Hitler by only 13 minutes. Then there was the 20 July Plot, otherwise known as Operation Valkyrie, in which he once again narrowly avoided being blown up by the German resistance. Years before that, he’s widely believed to have been spared by a British sniper in WW1, who decided not to shoot a wounded enemy combatant, and then an Irishman saved him from a mob during domestic upheaval in Germany in 1919. 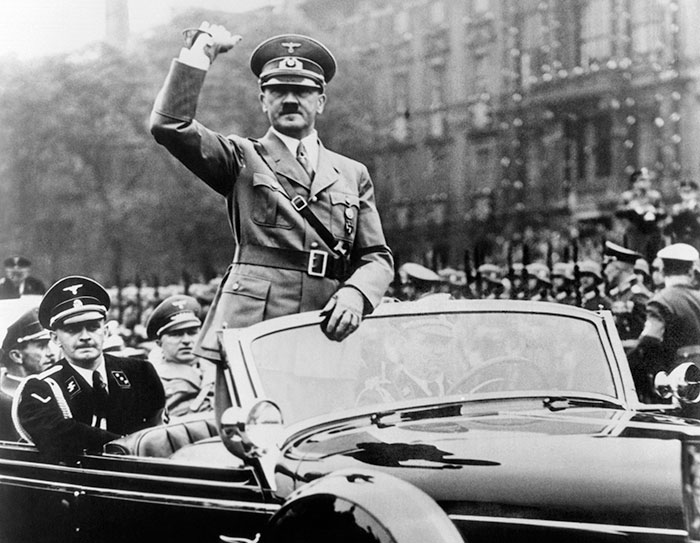 But notably, not every lucky escape involved people actively trying to kill him. Smack bang in the middle of all these near misses, the future dictator of Germany almost met his maker in a car accident on March 13, 1930, before he even became chancellor. He was travelling with Otto Wagener, a trusted advisor and a major general in the German army. Both were being chauffeured through city streets in Hitler’s personal Mercedes when their vehicle was struck by a heavy trailer truck. Luckily (er, unluckily), the truck driver managed to react just quickly enough to ensure that all three occupants of the Mercedes weren’t killed outright. Seventy years later, Hitler’s signed insurance claim for the incident went for well over $1.5 million at auction.

Of course, these are just the ones we know of. The strange fact is that there are countless car crashes which could have changed history in ways we’ll never be able to imagine. Who knows how many great thinkers, leaders and pioneers we might have lost to automobile accidents that may not even have made the local news? On the other hand, there are the crashes that didn’t happen – a fender bender in Dallas might have delayed JFK enough to save his life, and the same could be said for Franz Ferdinand in 1914. Who knows where the world would be then?

That’s the thing with the butterfly effect – it all tends to get a bit cosmic. But we’ll leave you to mull over the existential questions. As for us, we’ll stick to doing what we do best – getting you the very best price when you scrap your car.

We like to make things as easy and straightforward for you as possible – all you need to do is enter your car reg and postcode into the fields on our site, and we’ll get you an instant online quote before you can say cash for cars. It only takes a few seconds. Curious to find out how much your car is worth?